As a gluten-free vegetarian…sometimes it is difficult to find those meat replacements that offer a good bit of nutrition as well.  Mainly…don’t feed me chemicals…feed me something that is real and made from real things.  The problem being, most of the vegan “meats” on the market contain vital wheat gluten…meaning…it’s off limits for this Celiac.

So, when I spotted this product in Whole Foods, I couldn’t wait to give it a try.  Seriously.  I bought two different kinds, sticking the Grilled in the freezer and the Southwest Style came out and was featured in a vegetarian version of a family favorite…”Mexican ‘Chicken’ Casserole.” The original recipe featured real meat (because…I used to eat meat!).  I had to change it up when I became a vegetarian…and then change it up even more when I had to go gluten-free.

Well…in some weird stroke of roommate brain…both my roomie and I had this mad idea that a BBQ “Chicken” Pizza needed to happen at some point…this weekend.  And with the World Cup in full kick (HA!)…I figured it might be a delicious food to enjoy the Columbia v. Uruguay match with.  Dinner during matches has been my gluten-free and vegetarian (and sometimes vegan) take on pub grub and bar food.  Because…WORLD CUP, BABY!  I found it weird that I had been planning this pizza all week (seriously, because I had an Annie May’s Sweet Café Pizza Crust of Allergen-Free Awesomesauce in the freezer) and then she all-out says that we needed to have that kind of pizza while we were out on a stroll on Friday morning.  NO JOKE!  Brainwaves…woohoo…freaky!

Tonight…it happened.  And the “chicken” aspect of this dish was provided by…Beyond Meat Grilled Chicken-Free Strips.  I had her pull the package from the freezer to allow it to sit in the fridge while we were out for the first half of the day.  Give it a bit of natural thaw time.  When I got back from an early morning run and then a couple of errands…and some sifting through piles of…stuff…it was GAME ON for World Cup.  We watched the Brazil v. Chile match and watched it go down to penalty kicks in a nail-biting ending that put Brazil as the winner!  As the post-game show went on, and the pre-game for the Uruguay match came on…I headed to the kitchen to shred some cheese (my roommate picked up a local one that had some kick to it!), chop some onion, and get the oven preheated to 450°F in order to get the pizza crust to perfection.  I got all the items together, pulled the Beyond Meat Grilled Chicken-Free Strips out of the fridge, chopped them into bite-size pieces, and started to lay out the pizza toppings.  It started with Stubbs Original BBQ Sauce.  Then…the onion.  Then the “chicken” strips.  The cheese.  And then I drizzled some BBQ sauce on top.  Into the oven…and I let it go for about 15 minutes…so as not to get the crust too done.

Trust me…as it was baking in the oven…it smelled AMAZING!  So when my timer went off and the match was just starting, I scurried to get the pizza out of the oven and slice it up for consumption.  My roomie and I were splitting the 9 inch crust.  I cut it into six slices and plated everything up.  I took hers out to her and she immediately dove in.  We hadn’t eaten since breakfast at 9 a.m.  So, the 4 p.m. dinner just seemed natural.  She took a bite and said, “That is restaurant quality flavor!”  Made me feel good.  I sliced mine, came out to the couch and settled in for the match.

But how did I find the Beyond Meat Grilled Chicken-Free Strips?  Well…as someone who hasn’t done the faux meat thing in a long while…it’s not bad.  It doesn’t taste anything like chicken.  In fact, I’d go as far to say that it has the great texture of the Quorn chicken strips, and the flavor of the Morningstar versions.  Both of which are off limits to me now…but both of which I used to consume when I could.  You won’t confuse these for the “real” thing, but the texture is perfect.  The flavor…is decent.  It’s okay.  I loved the smokiness from the grill marks on this version.  It was the perfect one to have on top of the pizza, for sure.  That might be from the fact that these strips are grilled over a mesquite fire with molasses.  So, they have that great sweet and smokey flavor that marinated and grilled chicken would have.  It was good for what it is.

Nutrition-wise…a serving of this product is 1/4 of the package or about 6 strips.  This serving provides 120 calories and 3 grams of fat.  This serving will also provide you with 360 mg sodium.  However…this product contains no sugar.  None.  And finally, you will be benefiting from 2 grams of fiber and 20 grams of protein!!  That’s fantastic.  It has as much protein as regular chicken.  Be still my vegetarian heart!

Another solid “chicken” product from Beyond Meat.  Honestly…it worked so well on this pizza crust.  I almost wish we had money this week to get another crust because I would have reprised the dish tomorrow night too.  I enjoyed it that much.  Really good.  And thanks to Beyond Meat…I was able to have some semblance of a faux-meat pizza again.  Is it the best I’ve ever had?  No.  But it will do.  Because, honestly, it’s one of the only options out there.  That being said…it is definitely worth purchasing again.  So glad I have 4 more in my freezer! 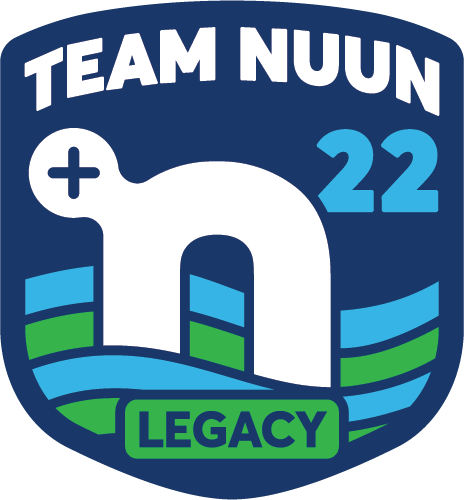